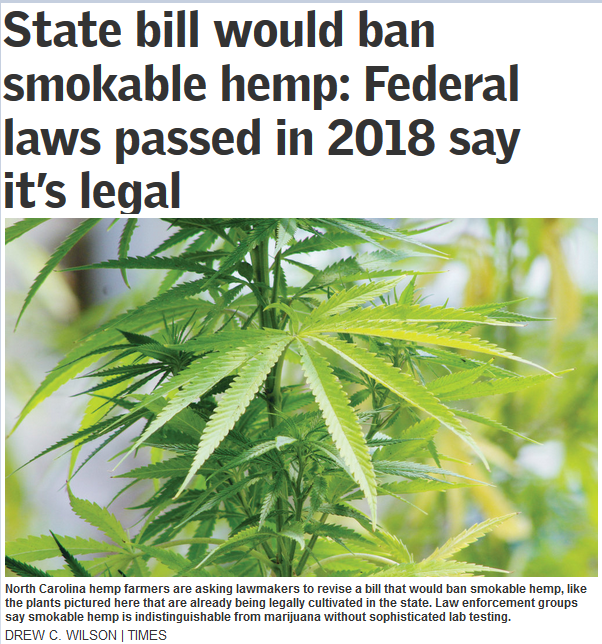 We have looked at the legal beginning of United States Citizens being able to grow, purchase, transport, ship, receive, possess and use Hemp.  This legal beginning stared in December 2018 when President Donald Trump sign the 2018 Farm Bill into law.

North Carolina has established a great market for the growing, processing, sale, shipment, receive, possession, use and personal benefit for Hemp.  All United States citizens have federal legal right to purchase, possess and use Hemp under Federal law.

“The Federal Government provides State Funding through the Edward Byrne Grant.  These funds are sent to state and local law enforcement agencies to improve the criminal justice system, with emphasis on violent crime and serious offenders, and to enforce state and local laws that establish offenses similar to those in the federal Controlled Substance Act.”

Local law enforcement and district attorneys, prosecutors and the SBI are unable to arrest Hemp users.  They are complaining that they can’t make as many Marijuana arrests as previous years.  Because of this these agencies are unable to apply for as much Edward Byrne Grant Federal Funds as they have in the past.

More importantly, it states directly in Donald Trump’s 2018 Farm Bill that NO STATE SHALL PROHIBIT THE TRANSPORTATION OR SHIPMENT OF HEMP 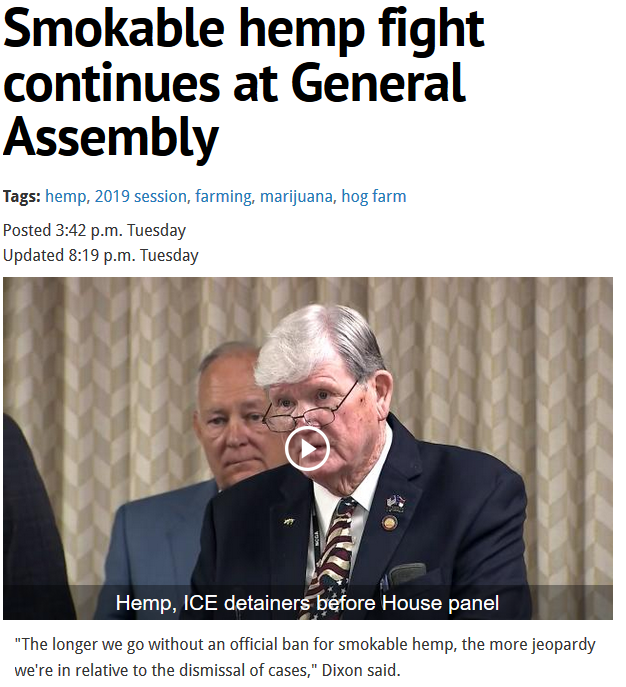 Now the North Carolina Lawmakers are trying to change the Federal Law’s definition of Hemp to be the same as the definition of Marijuana. 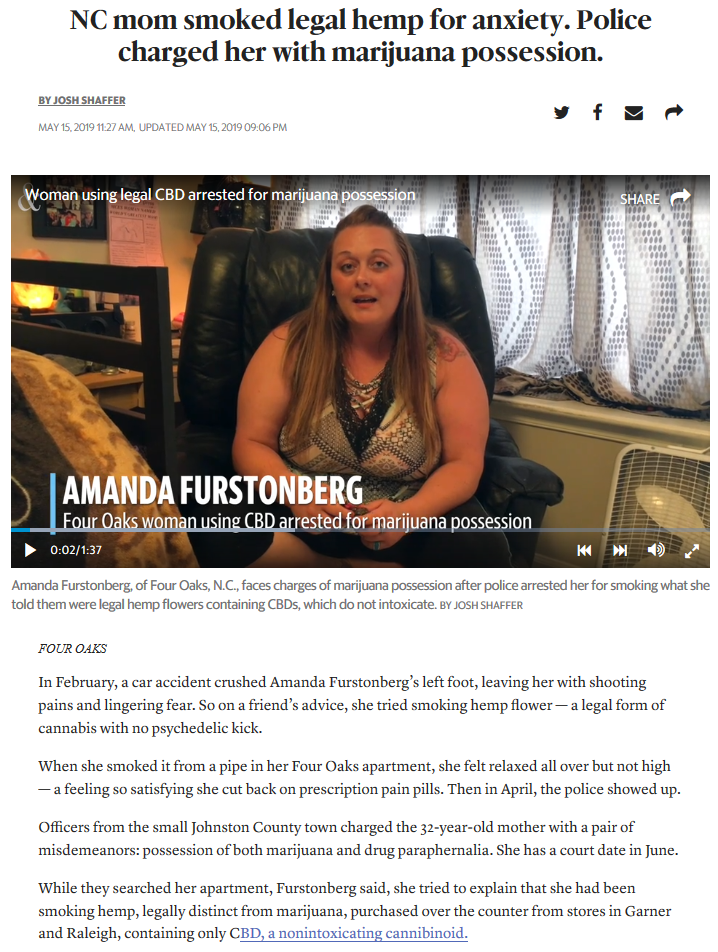 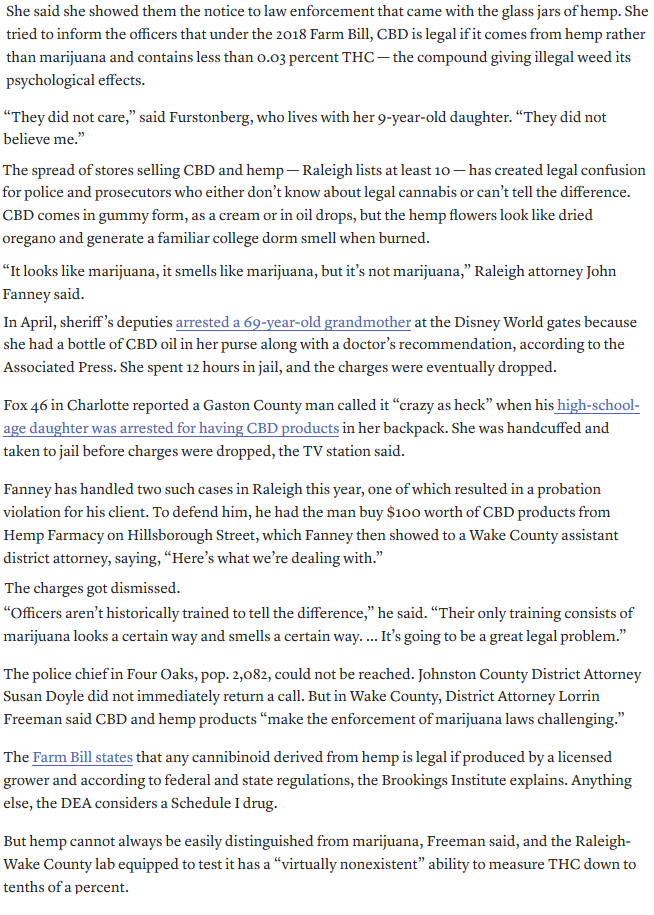 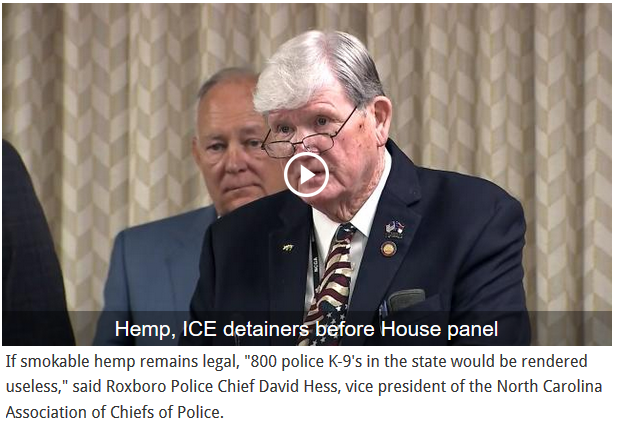 Are 800 K-9’s More Important Than North Carolina’s 10 Million Citizens, That Include Hemp Farmers, Hemp Processors & Businesses, Hemp Employees, Citizens That Use And Benefit From Hemp?