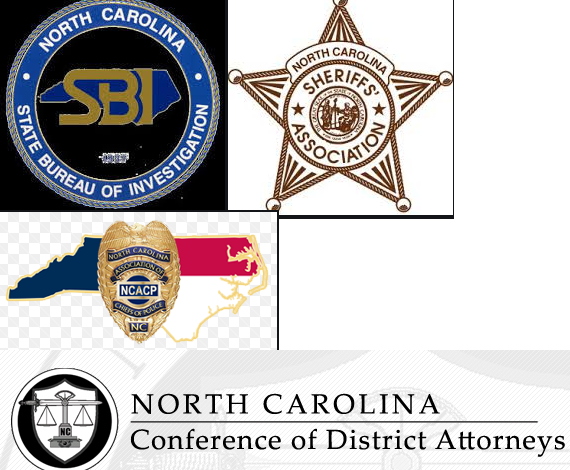 Not only do the North Carolina Republican Lawmakers want to criminalize Hemp by changing the Federal definition of Hemp to Marijuana, then receive Federal Funds from the arrest, prosecution and incarceration of Hemp related charges.  They want the North Carolina Citizens to pay for the State and Governor being sued by the Hemp Industry after being lobbied by the NC SBI, NC Sheriffs Association, NC Chief of Police Association, & NC District Attorneys Association to change the law!  Talk about Organized Crime on the Taxpayers Dime .. Who Do These People Think They Are!! 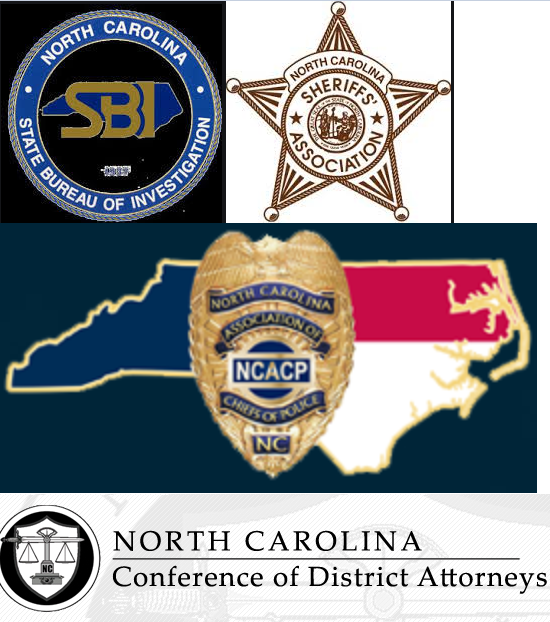 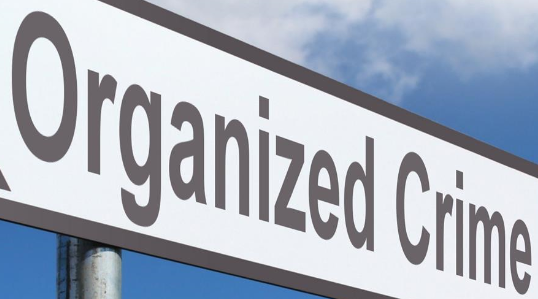 Why does the NC SBI, NC Sheriffs Association, NC Chief of Police Association, & NC District Attorneys Association want to put the state in the position for it and it’s Governor, Roy Cooper to be sued?

North Carolina Farmers, Businesses and Citizens want to keep the Hemp Marketplace growing and continue to allow it’s citizens to prosper from Hemp. The state tax alone from sales is a good thing for the State and this income could certainly be directed to state and local law enforcement in replace of the Edward Byrne Grant Funds!  Some of the State’s Tax Income could purchase Test Kits.  There are many financial solutions where the State and Local Law Enforcement could receive tax money, like the Education System receives funds from the North Carolina Lottery.  This is the angle to Lawmakers should pursue! 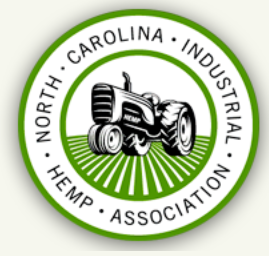 Why would North Carolina Republicans want to go down the same path as Indiana causing a Lawsuit against the State and Governor Roy Cooper?

The state of Indiana changed the definition of Hemp to Marijuana going against federal law simply because lawmakers felt “uncomfortable with smokable hemp”. The state of Indiana and it’s Governor are now being sued by Hemp Farmers and Hemp Businesses supported by Indiana citizens. This lawsuit is costing the tax paying citizens a lot of money! 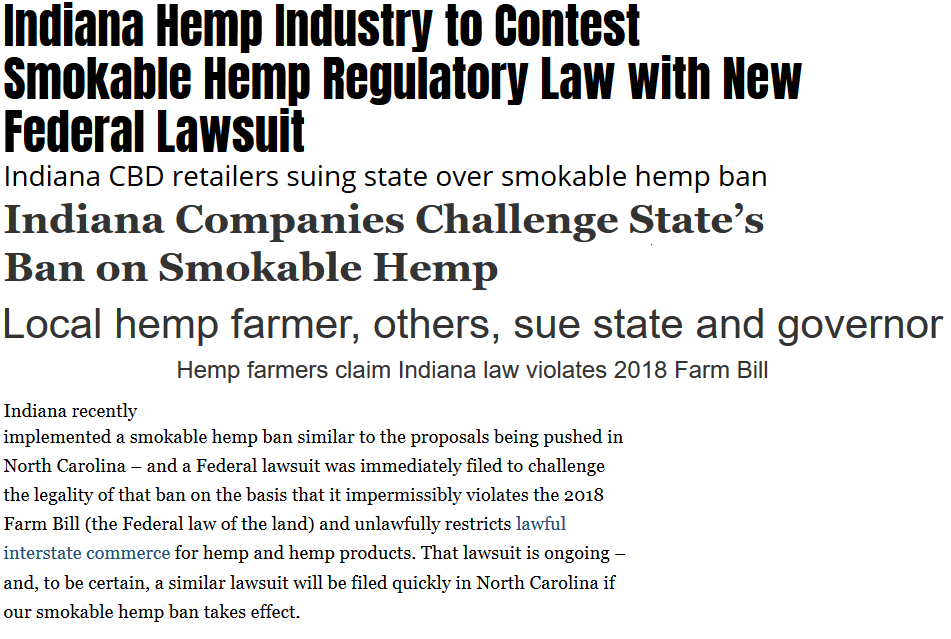 In North Carolina local law enforcement, including associations of the SBI, NC Sheriffs Association, NC Chief of Police Association, & NC District Attorneys Association are lobbying against Donald Trump’s 2018 Farm Bill. They want to change the definition of Hemp to Marijuana and use Federal Funds to prosecute and imprison NC citizens. 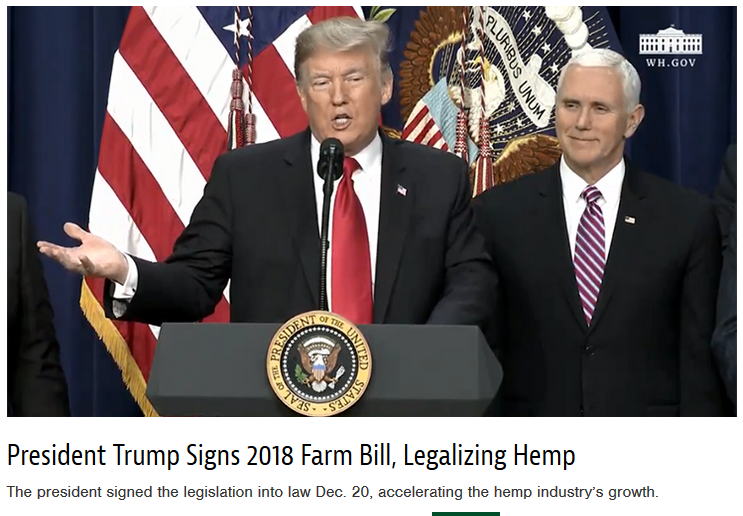 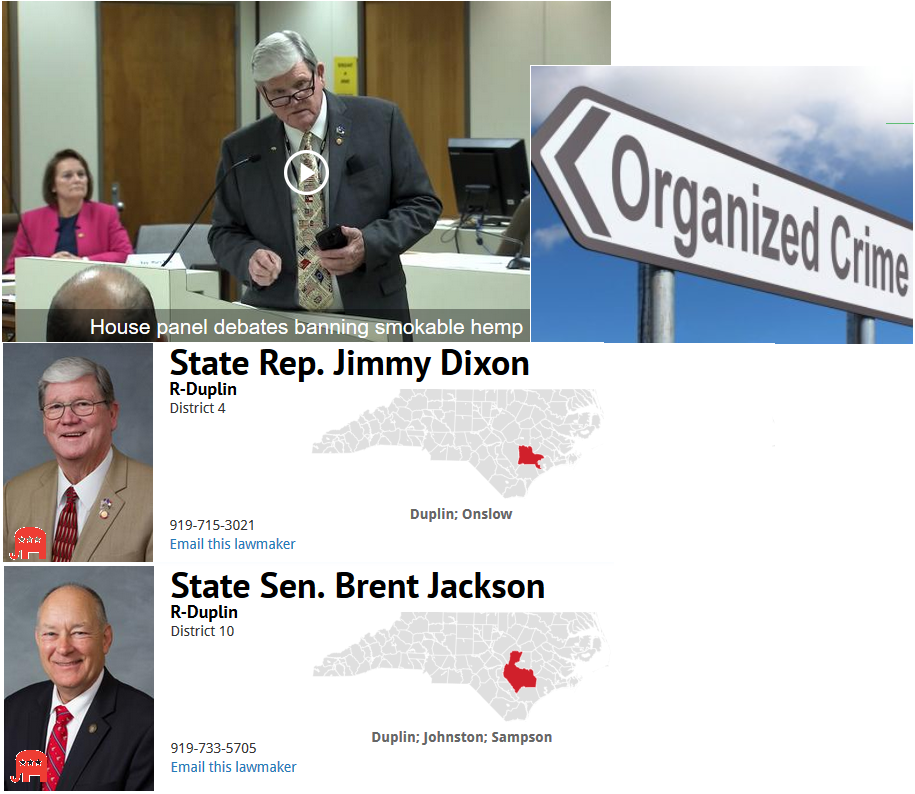 Over the past several years a Hemp Marketplace has been established and is flourishing in North Carolina and across the country. Hemp Farmers are benefiting, Hemp Businesses are benefiting, citizens are benefiting from purchasing, possessing and using Hemp in it’s Flower/Bud form. 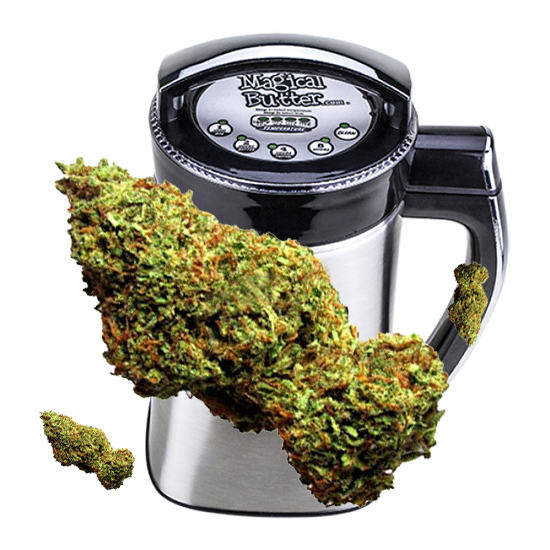 The North Carolina Hemp Marketplace is serving the citizens of North Carolina greatly thanks to Donald Trump’s 2018 Farm Bill and the recent affirmation by the DEA of Hemp’s new status. The DEA has sent notices to state and local law enforcement and governments reminding them that Hemp is legal under Federal Law and not to harass farmers, businesses or citizens in possession of Hemp. 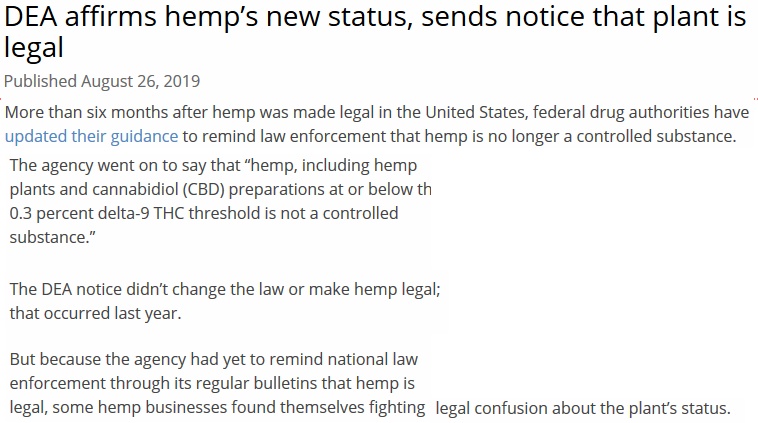 North Carolina Police Officers, Sheriff Deputies, Highway Patrolmen and others are not allowed to arrest citizens in possession of the Hemp Flower/Bud because of Federal Law. Therefore, they are unable to profit off of the farmers, businesses and citizens possession and use of the Hemp Flower/Bud. However, if the NC SBI, NC Sheriffs Association, NC Chief of Police Association, & NC District Attorneys Association can get the definition of Hemp changed to Marijuana then they can begin arresting farmers, businesses and citizens that are in possession of the Hemp Flower/Bud and taking away their Federal American right. All so that state and local agencies can receive funds from the Edward Byrne Federal Grant due to arrest and incarceration numbers. 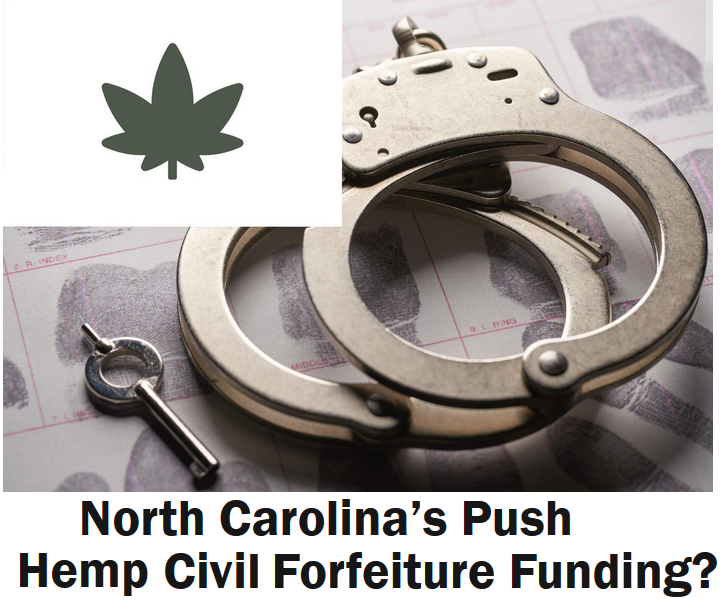 Federal law clearly states that “NO STATE OR INDIAN TRIBE SHALL PROHIBIT THE TRANSPORTATION OR SHIPMENT OF HEMP”. Adding Hemp to the Marijuana category of narcotic arrests then receiving Federal Funds through the Edward Byrne Grant yearly due to arrests, prosecution and incarceration stats, clearly violates Federal Law. Not to mention changing the definition of Hemp to Marijuana solely for this process to occur along with confiscating NC Citizen’s personal property through Civil Forfeiture after an arrest! 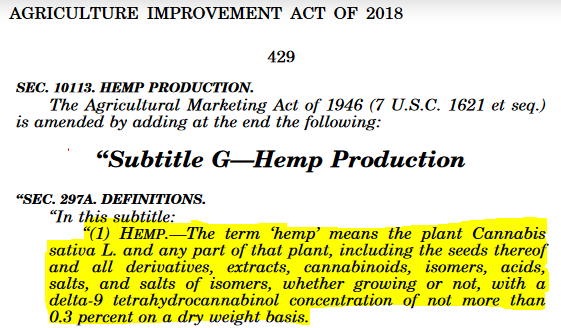 Thanks to the North Carolina Republicans in the General Assembly .. the State of North Carolina and it’s Governor Roy Cooper, need to prepare for being Sued and the taxpayers money will be used to defend the State and the Governor .. This is happening because of the Bullying Being Displayed By The Law Enforcement Lobbyist of the NC SBI, NC Sheriffs Association, NC Chief of Police Association, & NC District Attorneys Association!

Coming Down From Too Strong Edibles – Part II November 1, 2022